I’m an action and adventure photographer. In that line of work I try to get to interesting places to shoot athletes doing epic feats in their environment.

This involves a lot of travel and constantly looking for amazing new locations to shoot in. These locations will usually look best the first hour after sun rise or last hour before sun set. So my line of work lends itself to staying in remote places, waking up early and going to bed late. After a long days shoot you usually have a late night edit to do too. So I when I’m on a job I don’t get too much sleep, which is a problem as sleep makes you function better, especially your creativity!

I’ve always had a van to use for shoots, they come in so handy to keep gear in, to edit in, athletes use it to get changed in and of course to hide in when the weather turns bleak. But the main advantage of a van is being able to sleep in it, to be able to rock up at the location you want to shoot at and sleep there is so so handy. 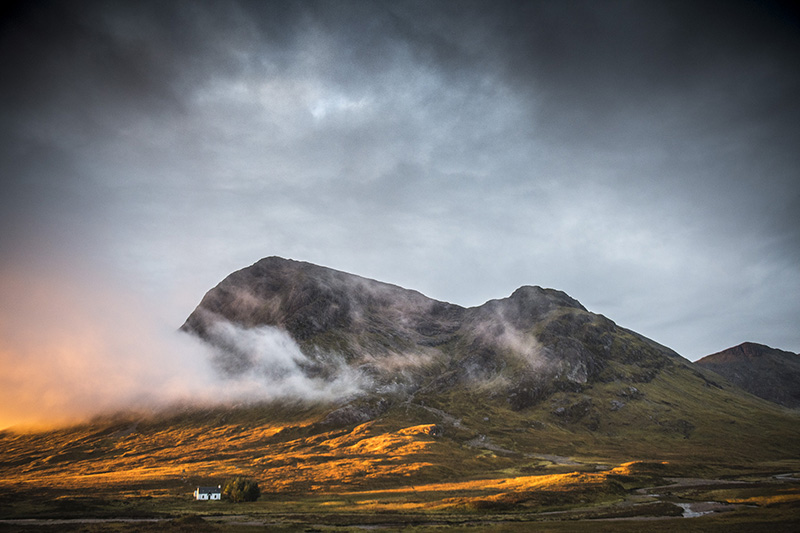 It takes a load off your mind to be at the location and know you don’t need to travel, to have all your gear on you and to be able to keep popping your head out to check the weather and the light.

I love sleeping in a van, being outdoors just kind of refreshes me and clears my mind. I’ve had different set ups in vans. I’ve had a full camper with a normal pop top, I’ve had a bed in the back, and until recently I had a combi van where the seats in the back fold down and with a shelf system across the back of the van that makes the bed.

All of these have been great and served the purpose I’ve need the set up for. Whatever set up I’ve had they have been good for a night or two, but ultimately you always look forward to getting a good night’s sleep at home.

I wanted to add a pop top to my current van, main reason is with my shelf bed set up I often had to move a load of kit round to free up space on the shelf before I could sleep there. Which was fine, but I like things to be less faffy so having a pop top I can crawl up into after an edit seemed like a good idea.

The last pop top I had was an Austops top and it  was great so I went for another one. But since I’d had my last one installed they’d brought out the new deluxe bed. It’s a slatted system with springs. How much difference would it make to the comfort of the bed I thought? 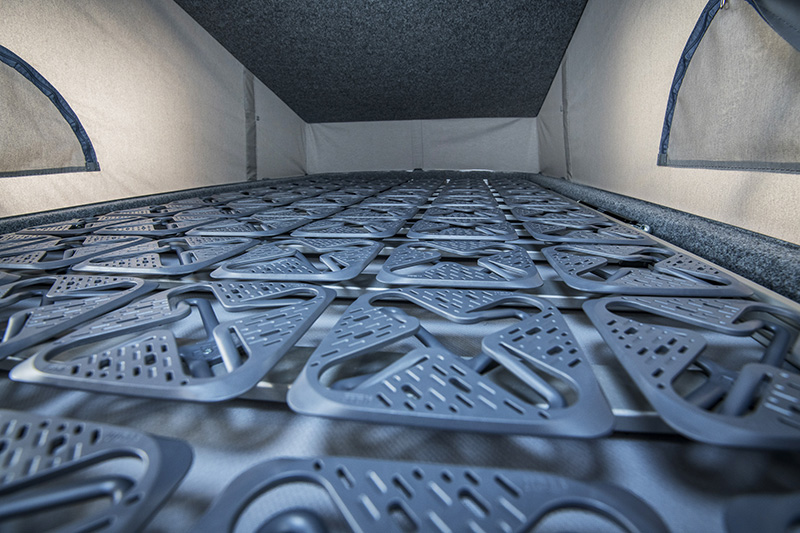 Man this thing is a game changer, it is just so comfy. As I said above when I’m on jobs not getting much sleep the quality of the sleep is so important. I go to sleep on this bed and don’t wake up till my alarm goes off, no sore shoulder from sleeping on a hard van bed. I’m away in Scotland for a week next week and I’m looking forward to the sleep I’m going to have in this bed it’s that good!

I constantly think about how I’m going to do my next van, how I’d have the cupboards differently, or add a slide out table, just make tweaks to what suits how I use my van. What I wouldn’t change though is the bed system, every van I get now I’ll have the Austops deluxe in it for sure.